Will business air travel ever return to its pre-Covid heights? 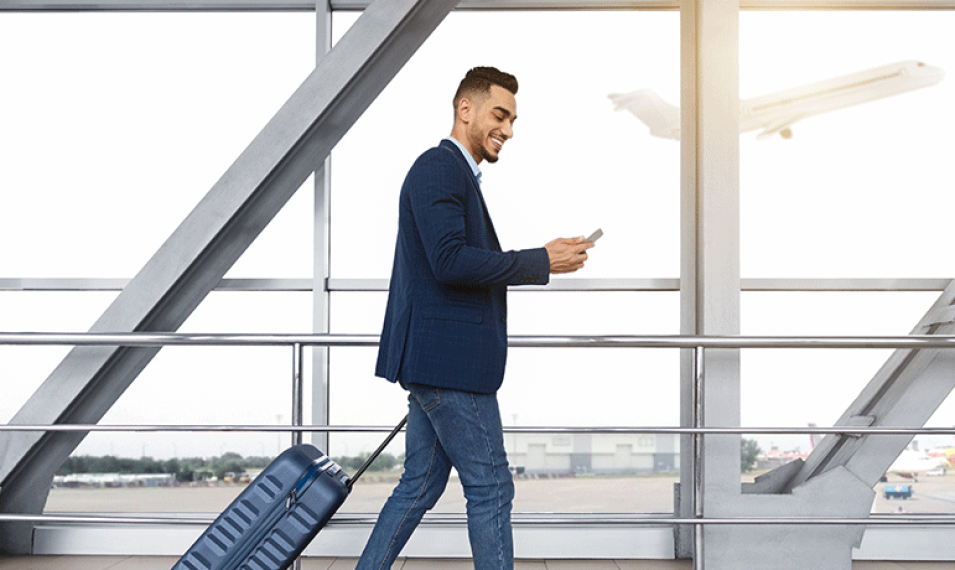 Will business air travel ever return to its pre-Covid heights?

While the aviation sector is slowly taking off again, it is struggling to attract passengers who have realised how much work can be done virtually.

Will business air travel ever return to its pre-Covid heights? - Raconteur

“My prediction would be that over 50% of business travel… will go away, now that it’s not the gold standard,” Bill Gates told a New York Times conference in November 2020. In light of the pandemic experience, he argued, “it will be a very high threshold to do that business trip”.

By then, remote working had proved its worth: collaboration tools could keep a business running smoothly at a distance. Add to that the growing awareness of the high environmental cost of travelling by air. A year earlier, environmentalist Greta Thunberg popularised the term flygskam or ‘flight shame’, prompting a backlash against frequent flyers.

Many agreed that these pressures spelt the end of the road for business travel. In a Bloomberg survey published in August last year, 84% of large companies said they were planning to spend less on travel after the lockdowns. Another survey found that most corporate travel buyers supported mandating fewer trips for the sake of the planet.

But, two years later, business travellers seem to be taking to the skies once again. Global commercial flight bookings exceeded 2019 levels in March this year, with the return to office working as a significant driver, according to data from the Mastercard Economics Institute. By the end of April, bookings were up nearly 12% and analysts say the trend is continuing.

“People are keen to get out on the road again and drum up business,” says Mark Hollyhead, president at Egencia, a corporate travel platform. “More and more people want to get together. We’ve seen a recovery to 75% to 80% of pre-Covid volumes.”

Michael Riegel, general manager at travel management company TripActions, says bookings from large companies are up 24% this quarter compared with the same period in 2019. “If it was the result of pent-up demand after the lockdowns, it would have lasted just a couple of months. But there has been a steady increase and we don’t see signs of it slowing down.”

He points to travel patterns that are emerging because of remote working. Work-from-anywhere policies have led to ’bleisure’ trips and team members living in different countries or even continents. “Connecting distributed remote working teams is, at the moment, the number-one reason for business travel,” Riegel says. “Roughly 26% of our bookings are for team visits, a need to be on site and so on.”

Private jet firms also report a boost in corporate business, partly over concerns about the possibility of contracting Covid on packed commercial flights. “Demand for private jets was so high this summer that it outstripped the number of aircraft globally available to fly,” says David Doughty, CEO of Admiral Jet. Another company says its clients are flying 40% more than before the pandemic.

None of which is good for sustainability. “Private jets are an important issue because the impact on the environment is disproportionate to the small number of people flying,” says Erin Vera of Transport & Environment (T&E), an NGO that campaigns for eco-friendly transport. “They are 50 times more polluting than trains and five to 14 times more than commercial planes.”

Earlier this year, T&E launched a campaign calling for an overall 50% reduction in business flights by 2025 – saying that the pandemic has shown such a dramatic cut is possible. If achieved, it would be the equivalent of taking 16 million cars off the road. It’s also vital to “accelerate sustainable aviation” by putting pressure on airlines to clean up their operations, Vera says. Although only 30% of air travel in Europe is for business, it can make up as much as three-quarters of an airline’s revenues on certain routes.

As part of the push, T&E ranked 230 global companies on their public pledges to reduce the impact of business air travel. The worst – including Anheuser-Busch InBev, Accenture and Microsoft – neither report on their travel emissions nor have specific targets to limit them. But several have made ambitious commitments.

Among them is Novo Nordisk, which received the NGO’s highest rating. The Danish pharmaceutical multinational aims to cut its carbon emissions from air travel by 50% of its 2019 rates, by 2025, which would represent a saving of more than 31,000 tonnes of CO2-equivalent gases.

Dorethe Nielsen, vice-president at Novo Nordisk, says that every business unit now has KPIs to reduce travel. “We will still travel for important business opportunities, but we are on track to deliver for 2025,” she adds. “Before the pandemic, we were – as everyone else was – flying for internal and external meetings. Now, we have changed how we work and how we have our meetings. It is clear to everyone that we have great digital alternatives to flying.”

But businesses cannot always avoid travel. One option is to encourage staff to choose planet-friendly modes. Klarna, the Swedish buy now, pay later giant, has banned its employees from flying within Europe if a train option is available. Similar policies are in place at BBC Worldwide, the Greater London Authority and several universities.

Bob Bailkoski, CEO of technology service provider Logicalis, says before the pandemic its 7,000 staff “were always perhaps a bit too eager to jump on a flight”. As part of a push for sustainability across its operations, he recently decided to ”lead by example” by travelling by train from London to Cologne for a meeting.

We have changed how we work and how we have our meetings. It is clear to everyone that we have great digital alternatives to flying

“I wanted to understand for myself some of the perceptions that I had about train travel – too long, more expensive, not being able to sit down – were they just myths?” he says. “I was really pleased to find out that yes, the journey took a bit longer but I was able to be productive on the whole of it.”

He thinks customers and staff are now aware of the issue and are well-used to digital collaboration tools. “Flying should be the last step in the thought process.”

Hollyhead says Egencia has seen a 30% increase in the number of sustainability questions included in RFPs from its clients. During the pandemic, the company added a carbon calculator to its platform so that users might easily compare the impact of different routes and modes. This adds what he calls “visual guilt” to the booking process, nudging users to think twice before booking.

But flight shame may not be the business travel industry’s biggest headache at present. A recent report from the Global Business Travel Association estimates that the $1.4tn (£1.23tn) sector will not recover fully until 2026, thanks to headwinds such as inflation, high energy prices, supply chain issues and labour shortages. Even Google has cracked down on employee trips in a bid to cut costs.

John Grant, chief analyst at global travel data provider OAG, says the outlook in the air industry is gloomy. “Airlines were hoping, indeed praying, for the return of the corporate road warrior for business to the [end of 2022] and it just doesn’t seem to be happening.”

Airlines are now planning to operate just 87% of their 2019 capacity this winter. While that’s an improvement on last year, “any sign of a significant Covid outbreak and that number could fall further”, Grant warns.

The industry’s wafer-thin margins mean carriers are cutting back on capacity or passing on the soaring cost of jet fuel to passengers. “The absolute revenue that [airlines] are getting from corporate travellers might be about the same because the cost of the airfare is 25% to 40% more than it has been in the past. But the actual volumes of people flying are less than in 2019 for sure,” he says.

Are those heralding the return of business travel wrong? They may be suffering from a case of “emperor’s new clothes”, Grant says. “We’d like to believe it is [bouncing back], but it isn’t, and it’s certainly not coming.”