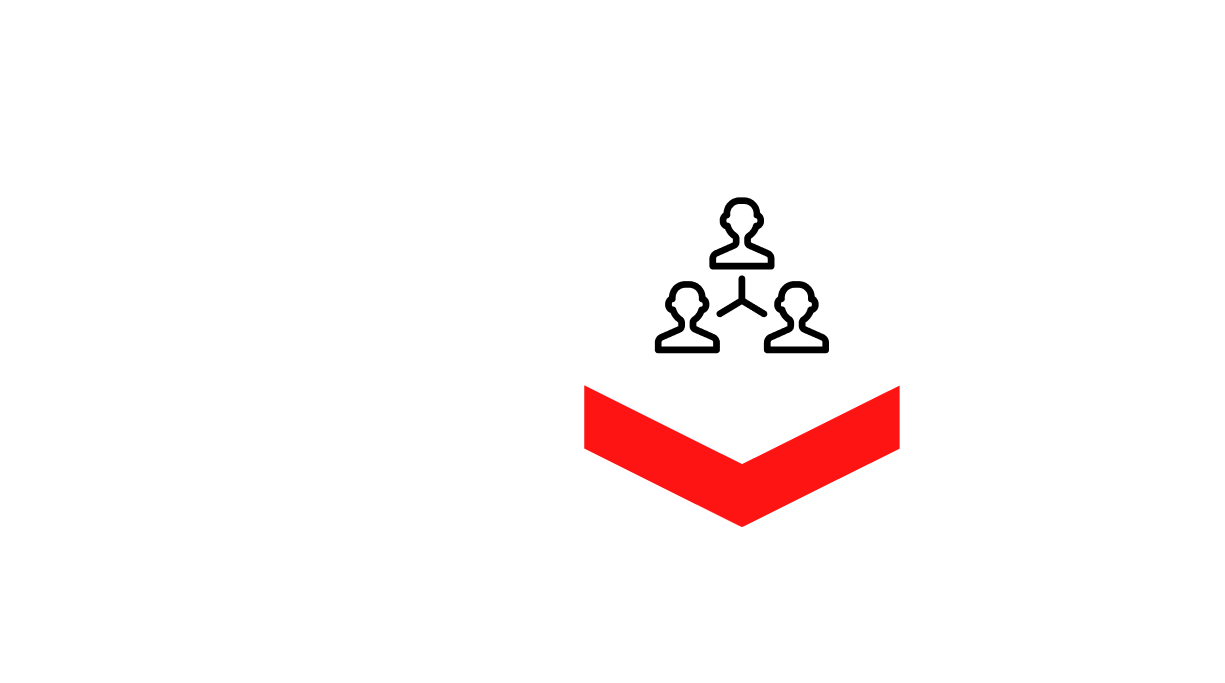 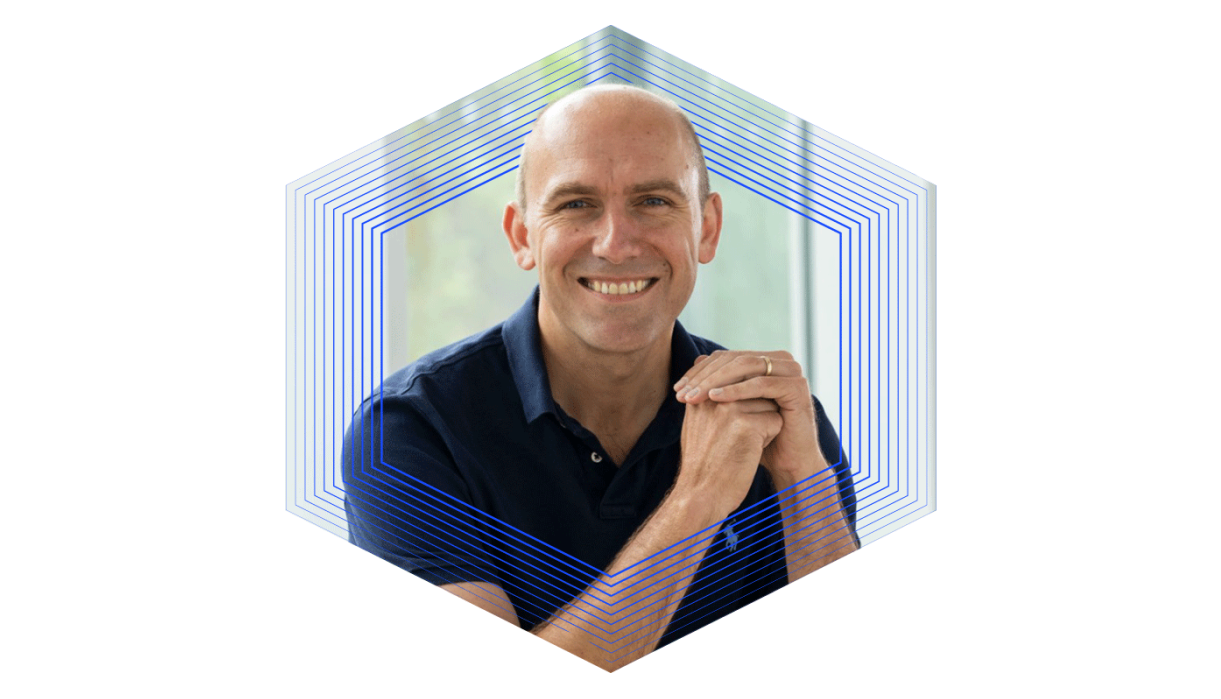 Bob is a people-centric transformational leader with a focus on driving positive change in how Logicalis and its employees impact the world.

As CEO of Logicalis, the architects of change, his mission is to create an organisation that helps customers succeed in a digital-first world.

Bob is passionate about harnessing the collective expertise within Logicalis around the globe, creating a blueprint for our customers’ success, and fostering a deep commitment to driving a sustainable business that positively impacts the planet.

Before his tenure as CEO, Bob held the COO and CFO roles at Logicalis and has an extensive international background in transformation. 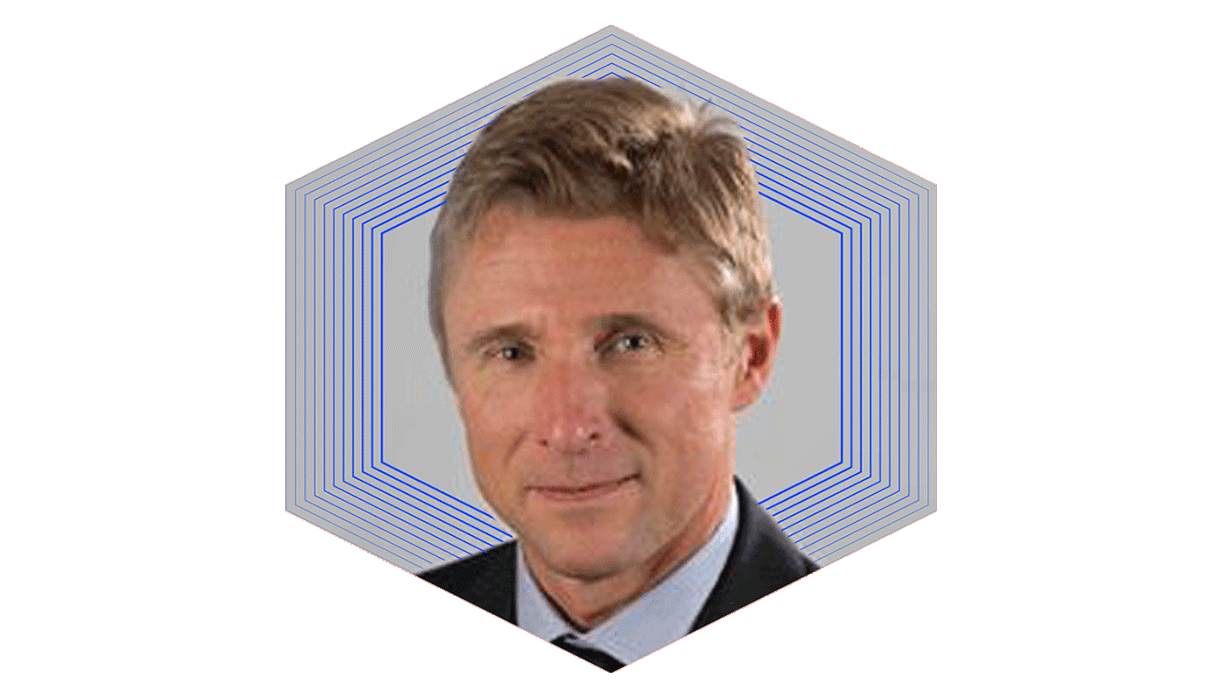 Stuart initially joined Logicalis in March 2017 as UK Finance Director and was appointed Chief Financial Officer for Logicalis Group in October 2018. Stuart brings over 20 years of experience in the ICT sector and before that was involved more generally in the Services sector. He has held several senior international finance roles during his career in the ICT sector before joining Logicalis. He was CFO at Unify GmbH covering various strategic regional markets in the group and prior to this he was Group CFO at Acentic GmbH. Before this, Stuart served eight years as Finance Director for Siemens Networks Systems Ltd, being instrumental in its eventual sale to US private equity firm Kohlberg Kravis Roberts. 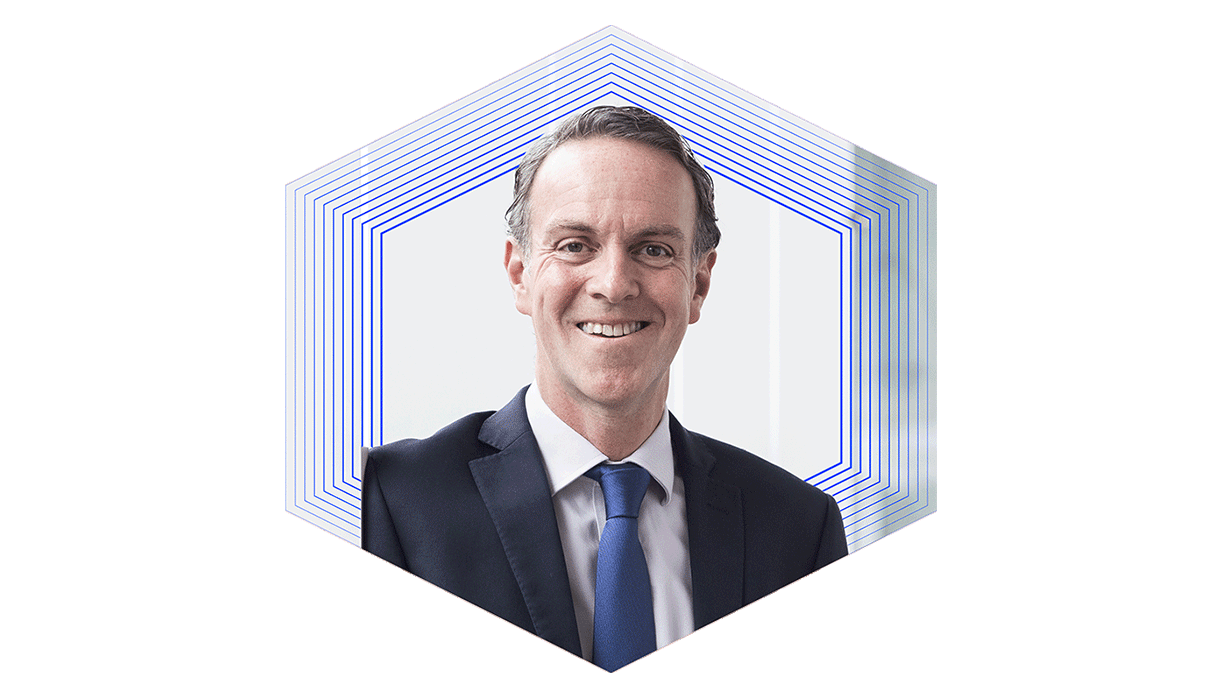 As the leader of the global people function for Logicalis International, Justin is passionate about creating a culture and work place where our architects of change can be the best versions of themselves every day.

Under his HR leadership, Justin has delivered several global people strategies to enable our people to deliver great outcomes for our customers. These include:

• Developing Logicalis’ global talent acceleration programs such as the Leadership Academy, Technical Academy and High Potential programs.
• Achieving 17 out of 27 operations being recognised as a “Great Place to Work” in 2021.
• Driving our responsible business strategies focusing on supporting the education of our communities, delivering on environmental strategy to be Carbon Neutral by 2025 and being an inclusive employer, with the introduction of the Global Inclusion Council. 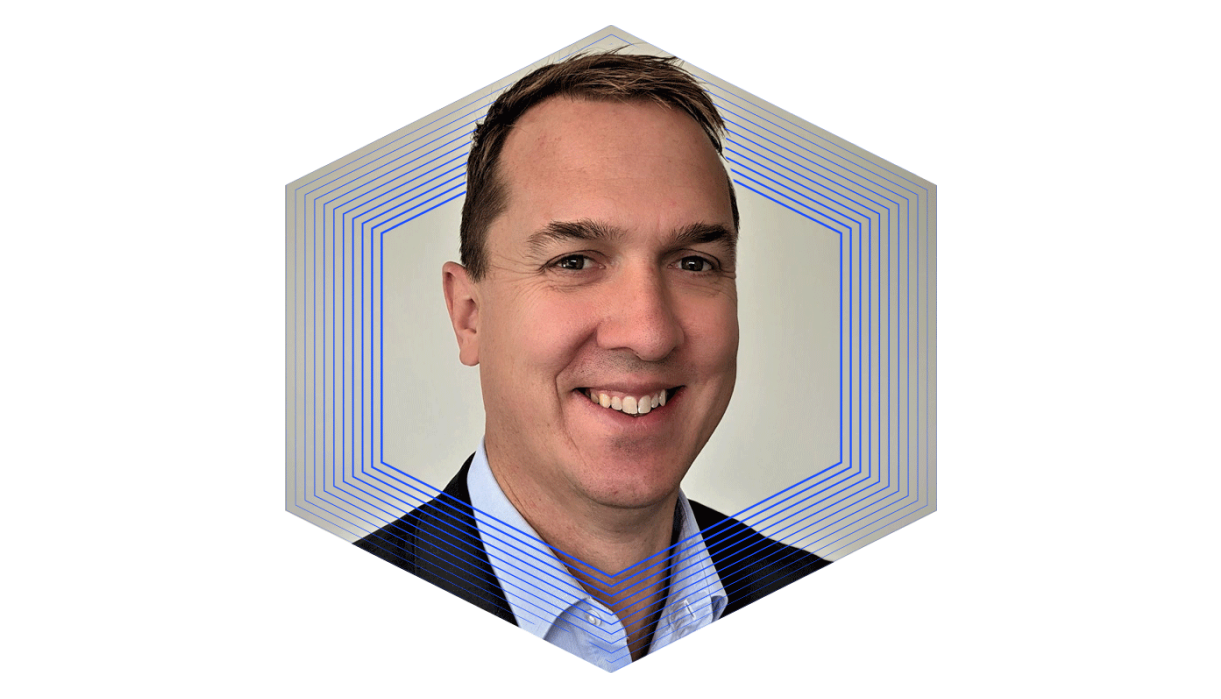 As Chief Technology Officer at Logicalis he is responsible for the four key architectures of Cloud, Digital Workplace, Security and Connectivity, and strives to deliver technology solutions that drive sustainable business outcomes.

During his time as CTO, Toby has been instrumental in positioning Logicalis as the architects of change by: 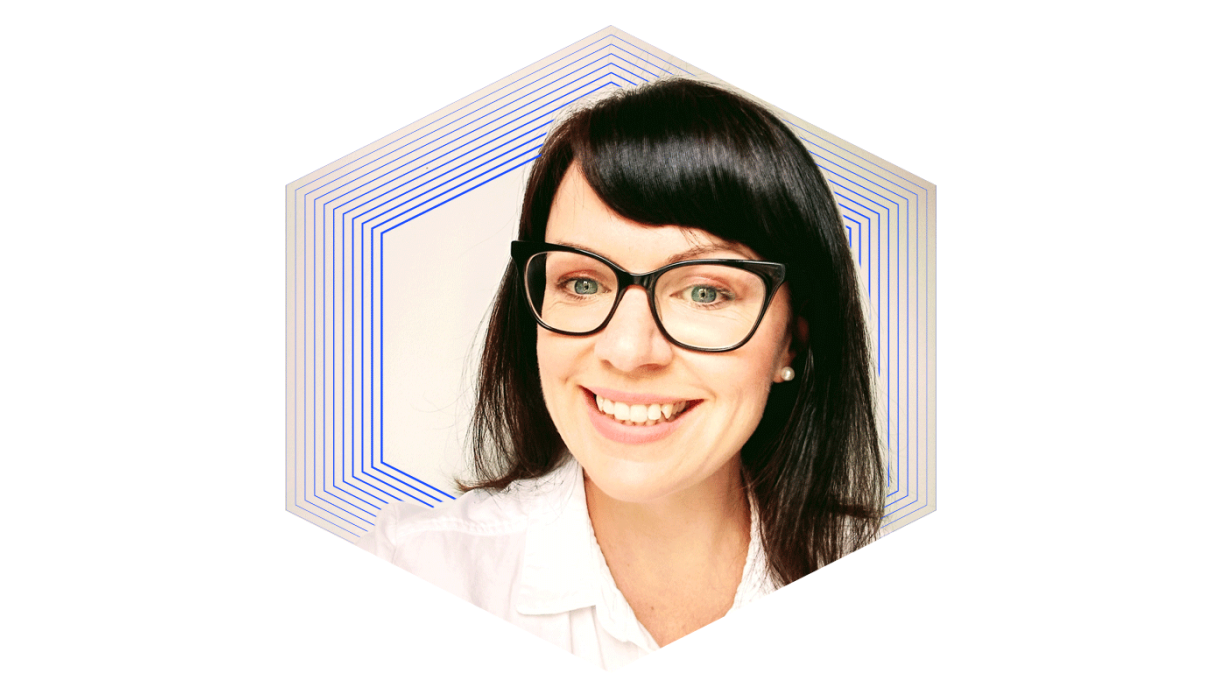 Catriona is the Global Vice President for Marketing at Logicalis, a leading global technology services provider. As Architects of Change, Logicalis’ focus is help organisations succeed in a digital-first world.

Catriona’s mission is to elevate the Logicalis brand globally, through insightful content and campaigns, that educate our customers on how to navigate change and complexity in the digital world.

Her career in technology spans over two decades, serving innovative IT brands across the world including Cisco, Oracle, Sybase, Whispir, Optus and most recently, Logicalis.

Catriona is a diversity advocate, who is particularly passionate about elevating women in IT to reach their potential. She has served on a number of committees to deliver programs with the aim of mentoring women in IT and allowing them to thrive in their careers. 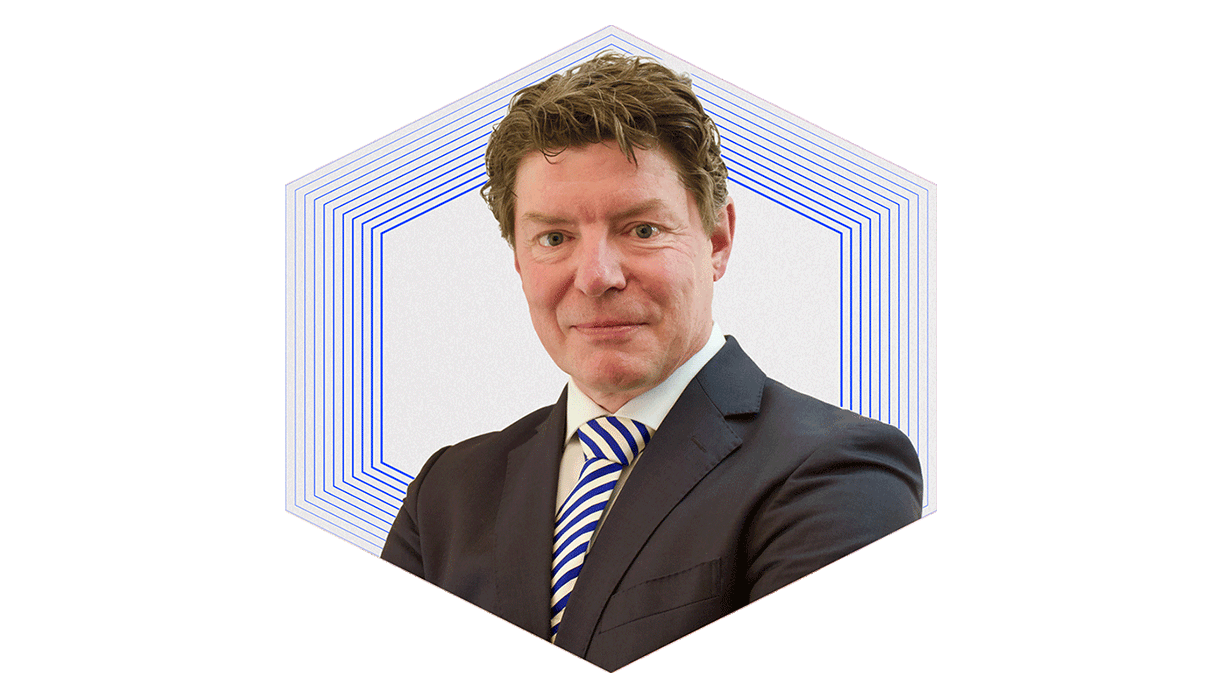 Markus is an accomplished client services expert with a wealth of experience in developing strategies and operations which enable optimised client servicing.
As the Group VP of Services at Logicalis, his mission is to drive alignment and innovation in the Global Services Organisation (GSO) within the company. He plays a pivotal role in aligning managed services with the four key architectures of Cloud, Digital Workplace, Security and Connectivity.
In his position as Group VP of Services, Markus has been instrumental in helping Logicalis’ customer base to succeed in a digital-first world by:
• Transforming Logicalis into an agile organisation that delivers scale and innovation
• Developing a truly global approach to managed services
• Designing an industry-leading strategy for the delivery of products and services
Markus has considerable international expertise, having worked with leading IT companies including EDS and HP and delivered projects for some of Europe’s highest profile organisations in a range of vertical markets, including Deutsche Bank, Rolls Royce and ABN AMRO. 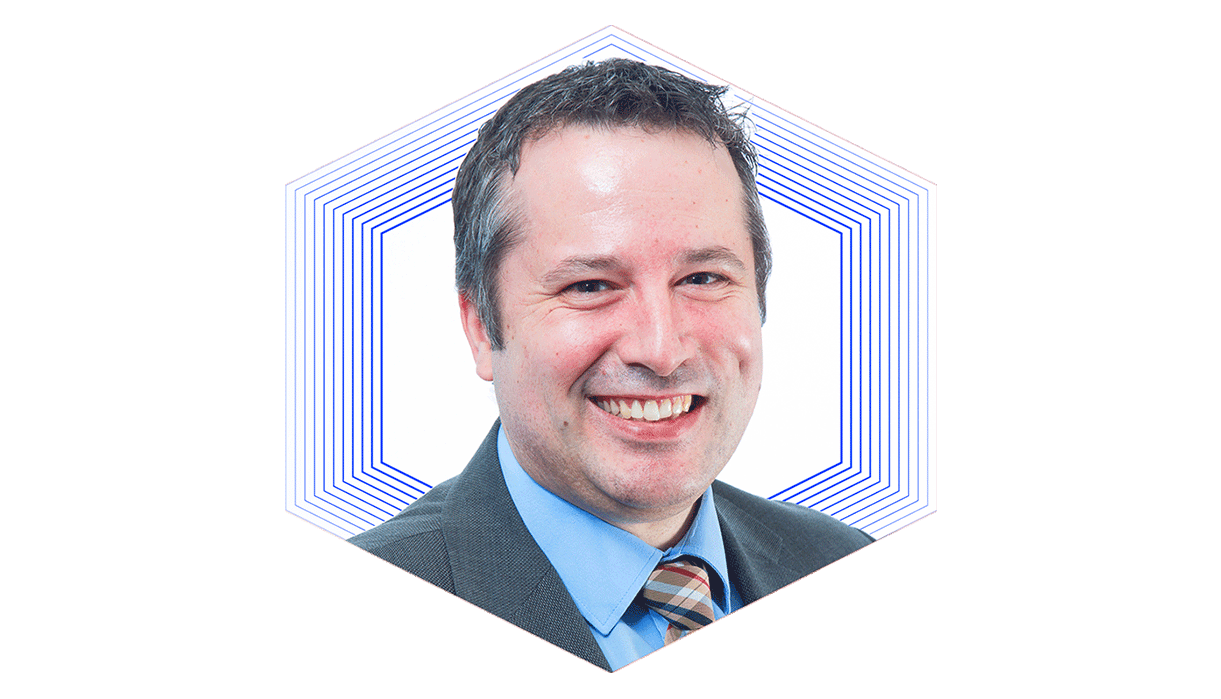 With a career spanning 25+ years, Richard has extensive experience in the technology sector and a proven track record in delivering successful outcomes for customers through technology partners, most recently demonstrated in his leadership of the Private 5G launch with Cisco and Logicalis.

In his position as VP Strategic Alliances, Richard is responsible for driving strategic and profitable growth alongside our strategic partners Cisco and Microsoft. 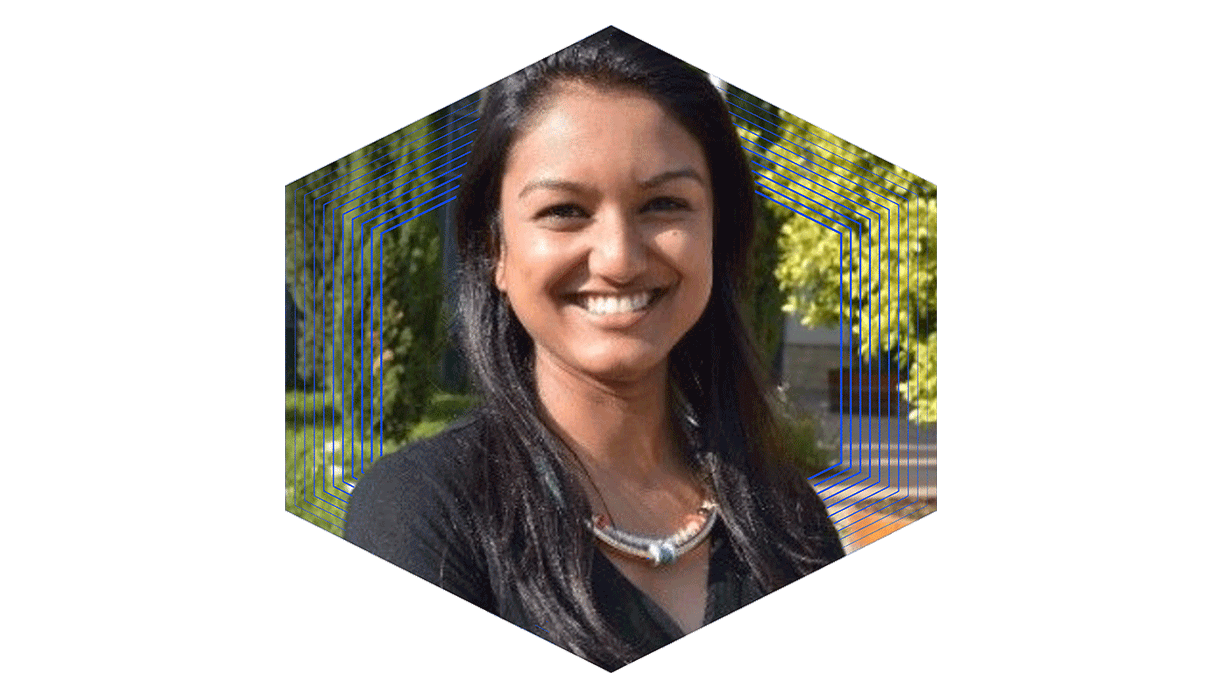 Charissa is a passionate sustainability and corporate responsibility specialist, dedicated to preserving the planet for future generations.
As Head of Responsible Business at Logicalis, Charissa has developed the global strategy and empowered a team of advocates around the world to evolve our business practices towards a sustainable future, and to drive sustainable change across three key pillars of People, Communities, and Planet.

People - Creating and supporting a diverse and inclusive workplace, celebrating diversity, and empowering people to reach their full potential.
Planet - Working to improve our environmental performance across the Group and to contribute to a cleaner, healthier planet. Logicalis has committed to becoming a carbon neutral global organisation by 2025.
Communities – Creating Architects of Change through Education through the execution of business-aligned community education programmes that support education in STEM, and facilitate interventions to increase the number of women and minority groups in technology.
Prior to joining Logicalis, Charissa's career spanned the consulting, non-profit and corporate arenas on four continents, most notably in her home country of South Africa. Charissa has a Master’s degree in Environmental Science from University of KwaZulu-Natal in Durban and an MBA from Heriot-Watt University in Edinburgh. 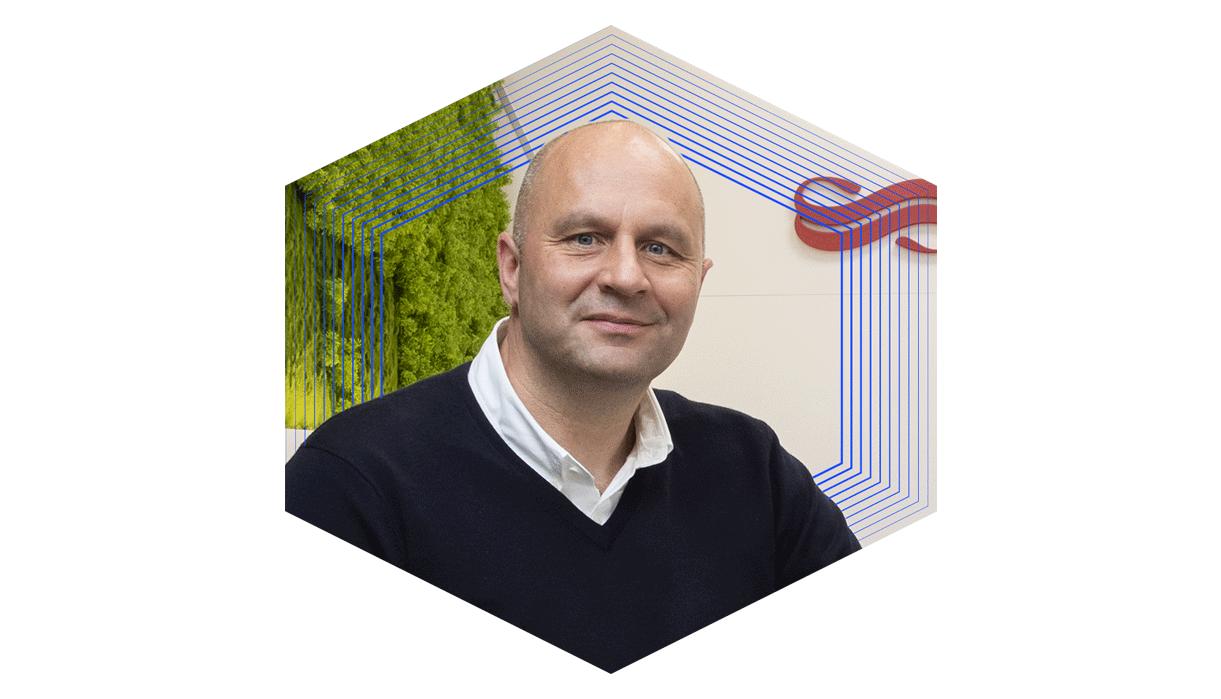 Damian is the Chief Executive Officer for the EMEA region at Logicalis, a seasoned executive with a proven track record over 25 years in delivering business outcomes through technology services.
Damian’s mission is to accelerate Logicalis’ transformation to be a leading modern managed service provider that delivers sustainable outcomes for clients. He is passionate about creating a collaborative culture where the collective expertise across EMEA is harnessed to provide exceptional customer value.
Damian is dedicated to creating an environment where people thrive and learn and is passionate about nurturing future leaders within the organisation.
Prior to Logicalis Damian was Executive Vice President and CEO of Managed Services at NTT and has spent the past 20 years growing and scaling managed services provider organisations successfully. 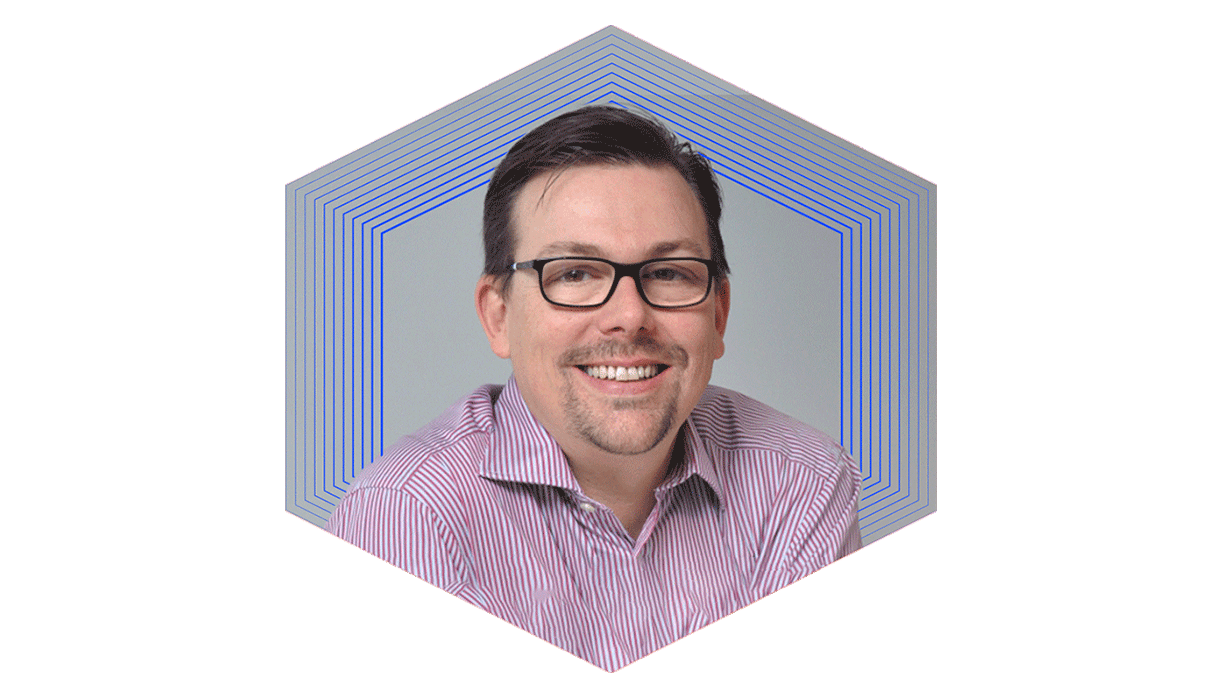 Rodrigo began his corporate career at McKinsey & Co as a consultant focused in the telecommunications industry. He then worked for Cluster Consulting, where he led projects in the areas of IT and telecommunications in several European countries.
In 2000, he joined Promon Group, where was responsible for communications solutions and mobile data in Promon IP. Subsequently, he served as business director development at Promon Engineering, responsible for projects in energy sector. In 2005, he was appointed executive director of technology and, in 2008, executive director of PromonLogicalis.
In March 2009, Parreira was appointed Chief Operating Officer (COO) for Logicalis Southern Cone, a position he held for a year and whose responsibility was the total restructuring of the regional business strategy, seeking synergies and international opportunities, beyond redesign the technological offerings and identify opportunities, best practices and processes in Latin America countries. In 2010, he took over as CEO of Logicalis Southern Cone.
Since March 2012, the executive is CEO of Logicalis Latin America. His main responsibilities are to continue growing, expanding regional integration and lead opportunities in Latin America.
Rodrigo graduated in Physics and Ph.D. in Mathematics from the University of São Paulo, Rodrigo Parreira started his academic career as a researcher and professor at Princeton University, in the United States, one of the eight Ivy League Universities. 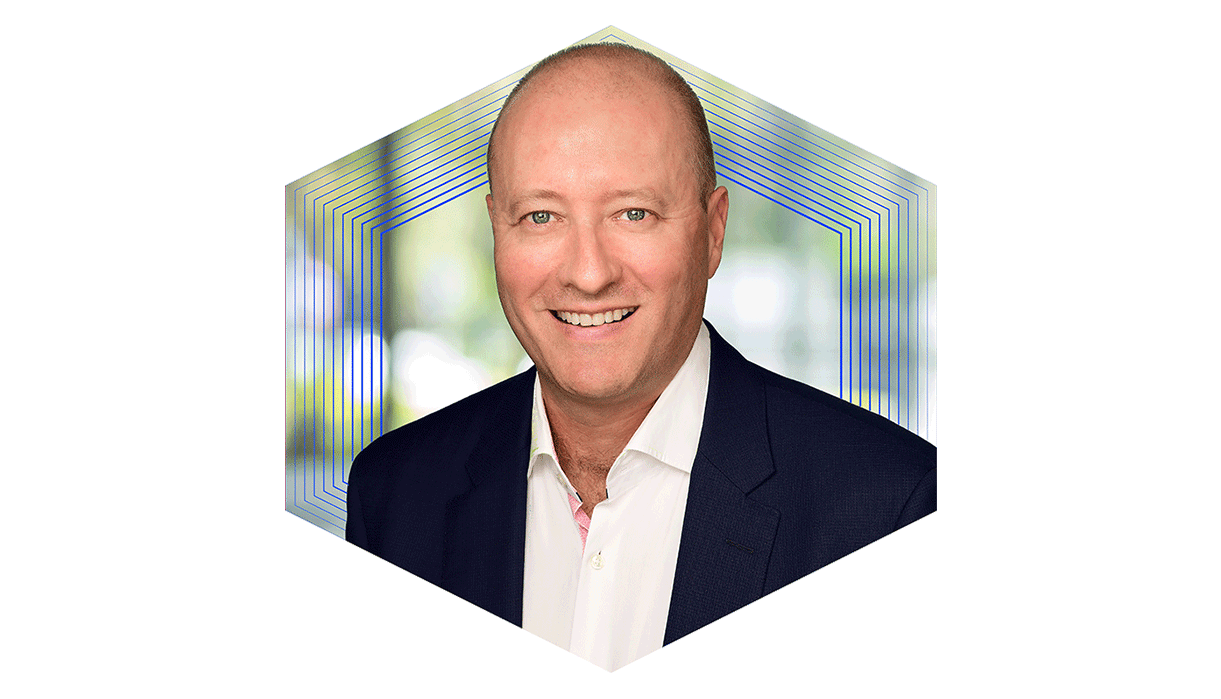 For more than 25 years, Anthony has built, scaled and run technology companies in the internet and cloud services space. By helping businesses to understand how to use technology to advance strategic objectives and enable performance, he has converted game-changing market opportunities into leading businesses as a CEO, Executive Director and Entrepreneur.
Leveraging access technologies to create Zip World in 1995, the market-leading retail and wholesale provider was sold to NASDAQ listed Pacific Internet (now Telstra) in 1999. He then founded Bulletproof, which he grew to be the leading end-to-end Cloud Services provider in ANZ, took public through a listing on the ASX in 2014, and led a rapid growth trajectory to c.$50m revenues in FY17 before its acquisition by AC3 in 2018. 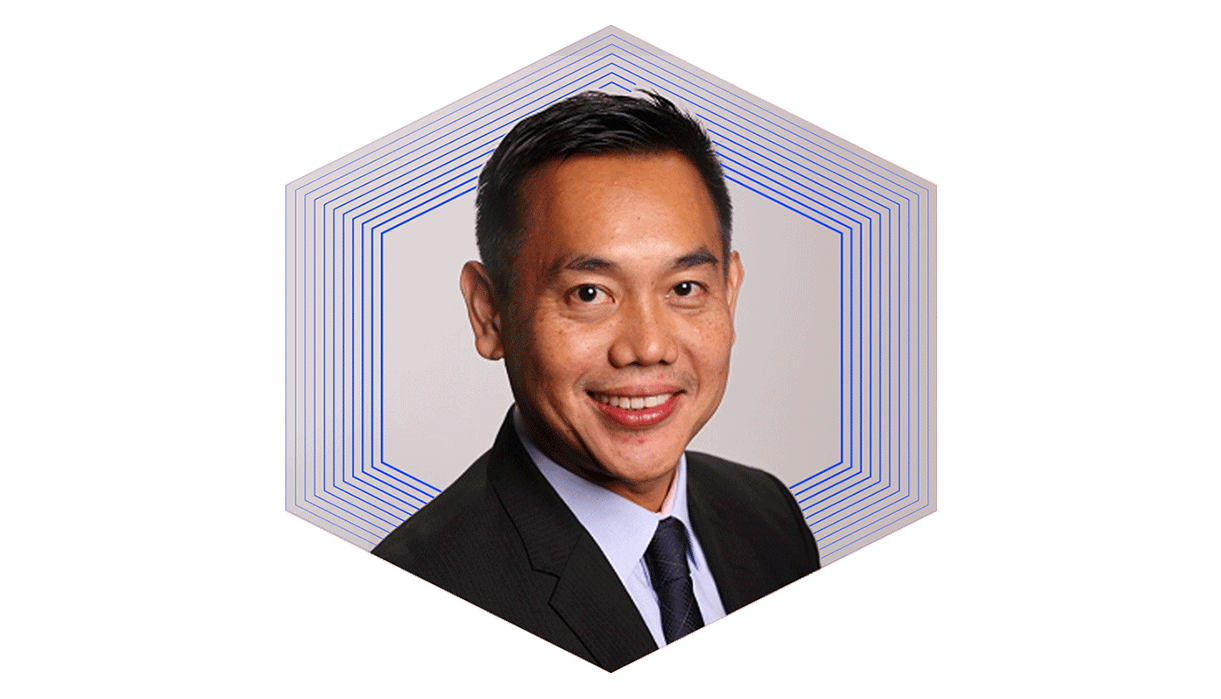 Chong-Win Lee was appointed CEO for Logicalis Asia with effect from 11th December 2017. He is responsible for all subsidiaries in Asia (Singapore, Indonesia, Malaysia, China, Hong Kong and Taiwan), with over 600 employees.
Prior to joining Logicalis, Win has 20 years of sales leadership and general management experience in the industry, having recently been VP & Managing Director for the Telecom and Technology division for the Asia Pacific & Japan region within NCR Corporation. Prior to that, Win held regional general management roles with F5 Networks, Avaya and Nortel and regional sales leadership roles at Periphonics Corporation, Nortel Networks and EMC Computer Systems.
Lee graduated in Computer Science and Information Systems at the National University of Singapore. 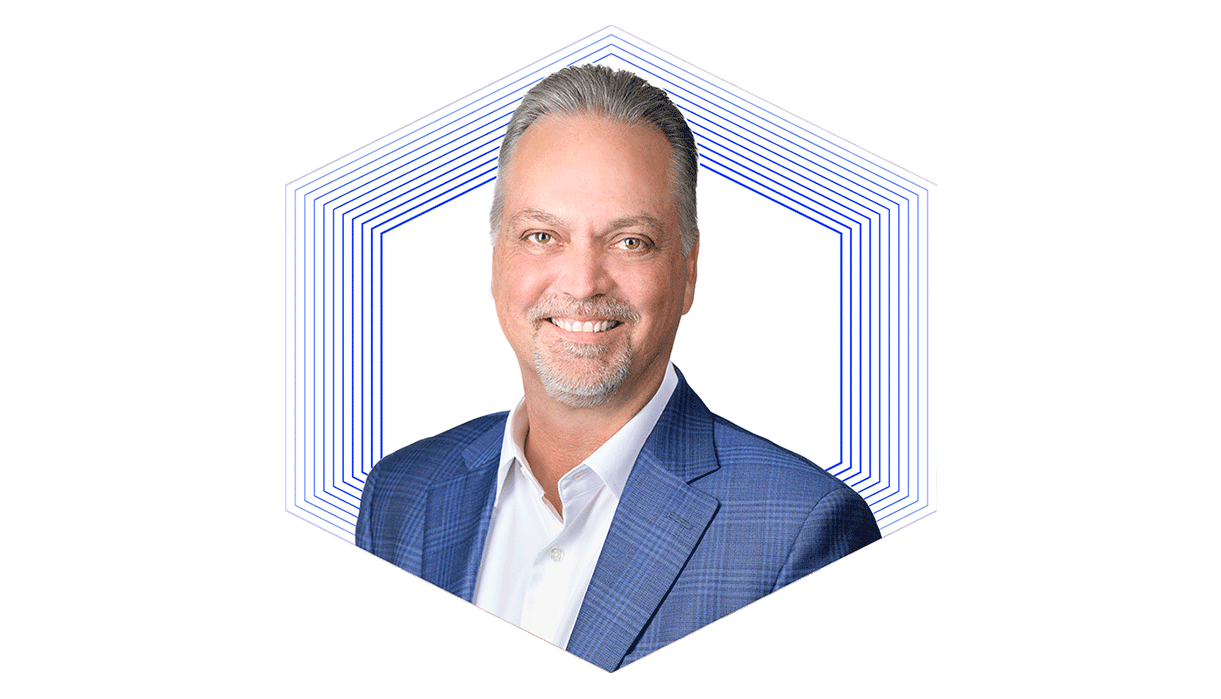 Jonathan Groves is the Chief Executive Officer for Logicalis US, an international IT solution and managed services provider. In this role Jonathan is responsible for the strategic direction and performance of the company, as well as leading the US executive team.
A proven leader in sales and services, Jonathan brings more than 20 years of enterprise technology and engineering experience to Logicalis. He joined the company from ConvergeOne, where he served as Executive Vice President of US East. In this role, Jonathan successfully grew revenue with responsibility for sales, professional services, managed services and business operations. Prior, Jonathan was the CEO of AOS, a leading consultative technology partner that was acquired by ConvergeOne in December 2017.
Throughout his career, he has honed his expertise in strategic planning, process implementation and business development, while also ensuring a strong focus on team building and mentoring. Jonathan has held both sales and technical leadership roles at technology companies including Presidio and Cisco, where he focused on leading corporate direction and strategy. Prior to Cisco, Jonathan distinguished himself as an engineer in the Air Force and at American Airlines.

Navigate an ever-evolving market and turn uncertainty into success.
Get in contact with us today.